The disposition of God runs through all of God’s utterances, but the main thread of His words is revealing the rebellion of all mankind and exposing things such as their disobedience, insubordination, unfairness, unrighteousness, and inability to truly love God, such that God’s words have reached the point where He says that every pore in people’s bodies contains opposition to God, that even their capillaries contain defiance to God. If people do not try to examine these things, they will always be incapable of knowing them, and will never be able to cast them aside. This is to say, the virus that is opposition to God will spread in them and ultimately, it will be as if their white blood cells have devoured their red blood cells, leaving their entire body devoid of red blood cells; in the end, they will die from leukemia. END_OF_DOCUMENT_TOKEN_TO_BE_REPLACED

It’s prophesied in Revelation that “Behold, the Lion of the tribe of Juda, the Root of David, has prevailed to open the book, and to loose the seven seals thereof” (Revelation 5:5). My friends, do you want to get the truths in the little book? If so, you may read the words God has expressed in the last days to understand more truths and mysteries. Click the link to download The Word Appears in the Flesh for free.

Some people may have a little insight into God’s words, but none of them trust their feelings; they are deeply afraid of falling into negativity. Thus, they have always alternated between joy and sorrow. It is fair to say that the lives of all people are filled with grief; to take this a step further, there is refinement in the daily lives of all people, yet I can say that no one gains any release in their spirits each day, and it is as if three great mountains are pressing down on their heads. END_OF_DOCUMENT_TOKEN_TO_BE_REPLACED

Friends, maybe you know the story of Lazarus resurrected from the dead, but do you know what the Lord Jesus’ intention behind this miracle was? Here I share with you an article through which those who are thirsty for the truth have had an understanding of God’s will and disposition. Don’t miss it! 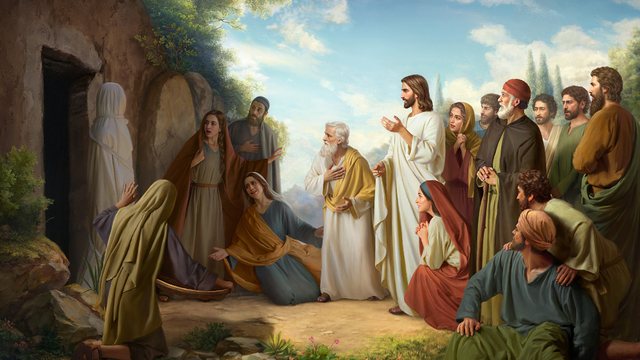 The Lord Jesus’ resurrection of Lazarus is recorded in the Bible: “Martha, the sister of him that was dead, said to Him, Lord, by this time he stinks: for he has been dead four days. Jesus said to her, Said I not to you, that, if you would believe, you should see the glory of God? Then they took away the stone from the place where the dead was laid. And Jesus lifted up His eyes, and said, Father, I thank You that You have heard Me. And I knew that You hear Me always: but because of the people which stand by I said it, that they may believe that You have sent Me. And when He thus had spoken, He cried with a loud voice, Lazarus, come forth. END_OF_DOCUMENT_TOKEN_TO_BE_REPLACED

Do you know what “I and My Father are one” means in John 10:30? Is the Lord Jesus the Son of God or God Himself? watch this video to find out.

Gospel Movie Extract 1 From “Exploration of the ‘Trinity'”: Revealing the Mystery of “The Father and The Son”

When the incarnated Lord Jesus came to do His work of redeeming mankind, God became the Son of man, He appeared amongst mankind and worked, and many people addressed Jesus familiarly as Christ and as the Son of God; since then, the term “the Father and the Son” has come about. Do you know why Jesus called the Spirit in heaven His Father? END_OF_DOCUMENT_TOKEN_TO_BE_REPLACED

Editor’s Note: I’m sure many Catholics have observed how unorthodox practices within the church occur with ever increasing frequency, parishioners seem weak in their faith and the church seems ever more bleak and desolate. Some Catholics would like to look elsewhere for a church that has the work of the Holy Spirit, but because the priests are always saying they must be wary of the false way, they don’t dare seek and investigate. Sister Xinkao, however, actively investigated the church that has the work of the Holy Spirit, learned how to distinguish between the true and false way and welcomed the return of the Lord Jesus. Want to know more about her experiences? Read on to hear her story … 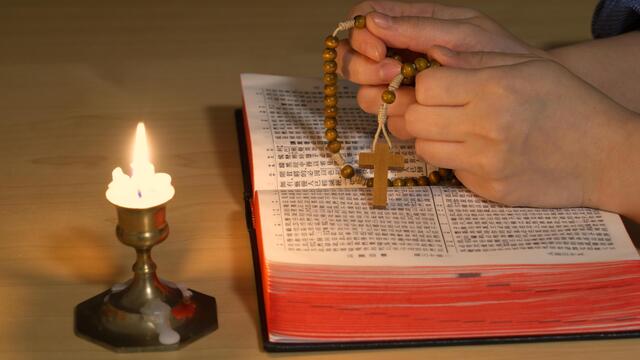 END_OF_DOCUMENT_TOKEN_TO_BE_REPLACED

The Mystery of “the Father and the Son” Is Finally Revealed

Although I had come to understand this truth, I still wasn’t entirely clear on why God had incarnated as a woman in the last days, and so I asked, “Brother, it is recorded in Matthew chapter 3 verse 17 that, when the Lord Jesus was baptized, a voice from heaven said, ‘This is My beloved Son, in whom I am well pleased.’ Also, when the Lord Jesus prayed, He called God in heaven His Father. The gender of ‘Father’ and ‘Son’ is male, and so this proves that God is male. So how can the Lord Jesus return as a female? I don’t understand this issue, so I wondered if you could fellowship with me about this?” END_OF_DOCUMENT_TOKEN_TO_BE_REPLACED

Editor’s Note: When it comes to the question, “Does God have a specific gender?” I believe that many Christians will say, “It is clearly recorded in the Bible that when the Lord Jesus was being baptized, a voice from heaven said, ‘This is My beloved Son, in whom I am well pleased’ (Matthew 3:17). Also, when the Lord Jesus prayed, He called God in heaven His Father, and surely these words ‘Father’ and ‘Son’ prove that God is male.” Therefore, when we hear someone testifying that the Lord Jesus has returned and that He has incarnated into female form, many brothers and sisters cannot get their heads around it. They believe that the Lord Jesus was clearly male, so how could the second coming of the Lord be as a female? Brother Bao’en of Brazil used to cling to this view too, and it was only when he heard a sermon that he was able to come to a new interpretation on this matter …

END_OF_DOCUMENT_TOKEN_TO_BE_REPLACED

These solo gospel songs will help you learn God’s end-time work, and His love and salvation for man. Watch now. Enjoy these songs with English subtitles which will bring you closer to God.

Man falls down in the midst of My light, and stands fast because of My salvation. When I bring salvation to the entire universe, man tries to find ways to enter among the flow of My restoration, yet there are many who are washed away without trace by this torrent of restoration; there are many who are drowned and engulfed by the torrential waters; and there are many, too, who stand fast amid the torrent, who have never lost their sense of direction, and who have thus followed the torrent until today. I advance in step with man, yet still, man has never known Me; he knows only the clothes that I wear on the outside, but is ignorant of the riches hidden within Me. END_OF_DOCUMENT_TOKEN_TO_BE_REPLACED

All of God’s words contain part of His disposition. God’s disposition cannot be fully expressed in words, which suffices to show just how much richness there is in Him. What people can see and touch is, after all, limited, as is people’s ability. Although God’s words are clear, people are unable to understand them fully. Take these words for example: “In a flash of lightning, every animal is revealed in its true form. So too, illuminated by My light, man has regained the sanctity he once possessed. Oh, corrupt world of old! At last, it has toppled over into the filthy water and, sinking below the surface, has dissolved into mud!” All of God’s words contain His being, and though all people are aware of these words, none has ever known their meaning. END_OF_DOCUMENT_TOKEN_TO_BE_REPLACED

The Church of Almighty God App